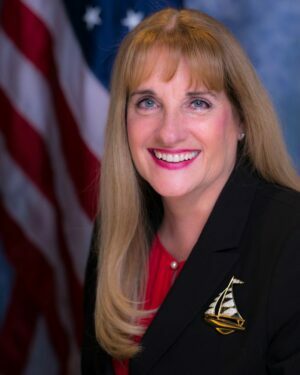 Turbocharge Your Future by Celebrating Your Successes

Every one of us has thousands of successes in our lives. Most of us have buried those achievements deep underground, labeling them as commonplace or unimportant. In this webinar, you’ll begin to uncover your past successes. We’ll explore why celebrating past successes is so important. And we’ll begin to develop strategies to help identify our every-day successes that will turbocharge our futures.

Rear Admiral June Ryan is a motivational speaker, Success Trainer and coach drawing upon her 35 years of military service, three formal certifications in the Success Principles – Getting from Where You Are to Where You Want To Be®, by Jack Canfield, co-Author of Chicken Soup for the Soul®, and certification as a Barrett Values Centre Consultant.  During her career, Admiral Ryan was a trailblazer and leader, achieving many historical firsts for women including the first enlisted woman in the Coast Guard to rise to the rank of Rear Admiral, the first woman to serve as the Military Advisor to the Secretary of Homeland Security, and the third woman in our nation’s history to serve as the Military Aide to the President of the United States.  She served in a wide variety of leadership roles including five command positions, two aboard ships and three ashore.

She holds a Bachelor of Science degree in Biology from Bowling Green State University, and a Master of Arts degree in Adult Education from the University of South Florida.  She is a graduate of the National Preparedness Initiative (NPLI) from the Harvard School of Public Health/Harvard Kennedy School of Government.

Celebrate your Successes - Learn why exploring and acknowledge your past successes lights a path toward your brighter future.