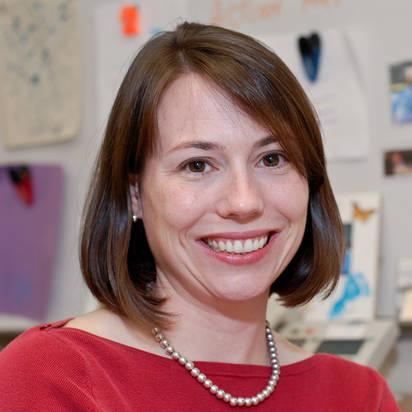 Ms. Murphy Brown is the Director and Associate Professor of Legal Studies at Ursuline College. She is fascinated by the legal, social and ethical issues around working motherhood and family caregiving. Author of Legally Mom: Real Women’s Stories Balancing Motherhood and Law Practice, she teaches in the Legal Studies, Business Management, and MBA programs, focusing on business law and ethics. She has developed courses in Negotiation and Conflict Resolution, Employment Law, Public Interest Law and Law on Film, and serves on the American Bar Association Standing Committee on Paralegals.

Ms. Murphy Brown has a B.A. in English and History from John Carroll University and a law degree from the University of Illinois. Before entering academia full-time in 2005, she practiced litigation, business, and corporate law.

Blessing Omakwu is a Nigerian-American women’s equality evangelist, lawyer, strategist and writer. Her career has been dedicated to the public sector, and she has worked and consulted for various government agencies and international organizations including the Gates Foundation, ONE Campaign, the United Nations and the Nigerian Federal House of Representatives. She is also the founder of The She Tank: a think-tank supporting the realization of equality for women of African descent. In 2017, Blessing was recognized as one of the top 50 emerging global policy leaders by the British Council. In 2019, she served as the Co-Curator of Melinda Gate’s session on Gender Bias at Goalkeepers New York City. Raised by faith leaders, her parents’ sermons and spirituality exposed her to the art of non-fiction storytelling at a young age. Blessing’s personal essays explore the intersection of womanhood, religion and (pop) culture. She ran the On Being A Woman blog between 2015-2020. 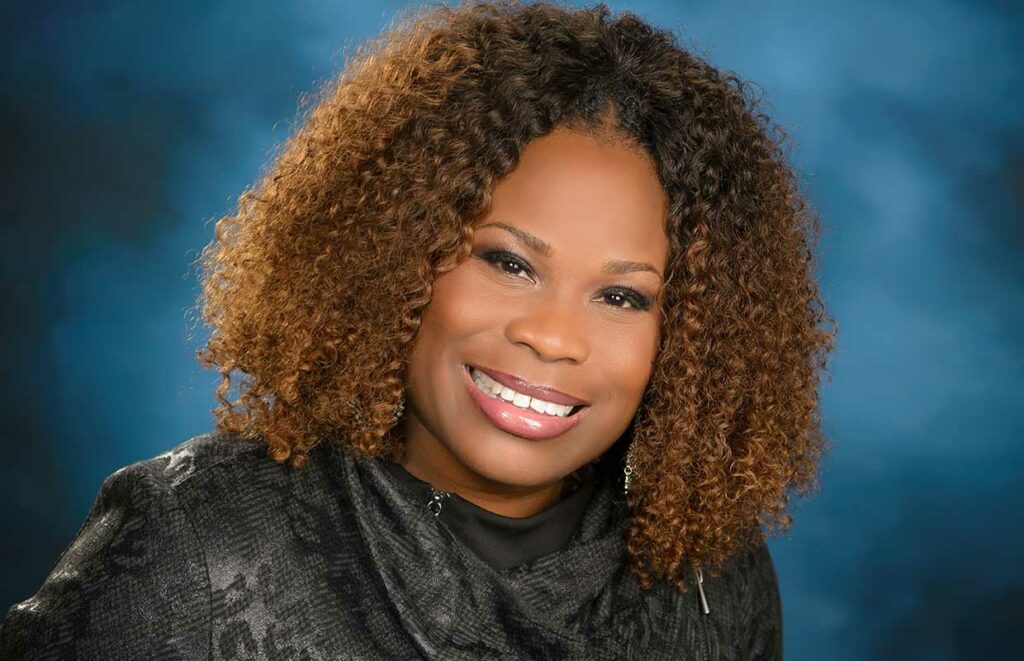 Ronette “Roni” Burkes-Trowsdell previously served as warden at the Ohio Reformatory for Women in Marysville, Ohio, and was recently promoted to Regional Director of Specialty Institutions. Throughout Roni’s 18-year tenure with the Ohio Department of Rehabilitation and Correction, it has been apparent her inner drive is fueled by her passion for people. Roni has chosen to lead and support diverse projects that aim to increase access to the arts for those who are justice-involved around the state. By offering these opportunities for creative expression, ORW is actively working to encourage community engagement between people inside and outside prison.

Roni’s involvement with the Harmony Project in Columbus and her dedication for the past 28 years to the service work of her sorority, Alpha Kappa Alpha, also exemplifies her drive to save lives. She currently serves as president-elect for the Ohio Wardens and Superintendents Association, vice president for the Ohio Chapter of the National Association of Blacks in Criminal Justice, and as an advisory board member for Franklin University’s Center for Public Safety and Cybersecurity Education and Tiffin University’s Alumni Board. 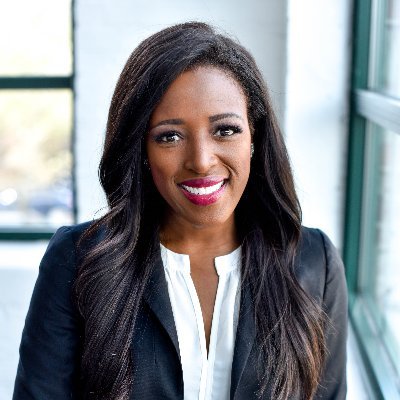 Sophia Fifner is an advocate for women and girls. For over 15 years, she has served as a bold change agent for sexual assault and civic engagement issues. To fulfill this mission, Sophia serves on the Survivor Advisory Council of the Ohio Alliance to End Sexual Violence, the Board of Directors of the Women’s Fund of Central Ohio, is an alumna of the Jo Ann Davidson Leadership Institute, and a graduate of the John Glenn College of Public Affairs’ NEW Leadership program.

When she is not volunteering with a local organization, she works for NiSource, one of the largest natural gas utility companies in the United States. As the director of communications and the executive director of the NiSource Foundations, she works to advance the company’s communication and philanthropic needs.

Sophia has nearly fifteen of experience as a public affairs professional. Her most noteworthy experiences include working as a Senate staffer on Capitol Hill and as a political fundraiser for a Fortune 100 company.

Sophia holds a B.A. in Communication and a M.S. in Marketing and Communications. She and her husband reside in northwest Columbus with their daughters Caroline and Hannah Grace and their standard poodle George Washington. 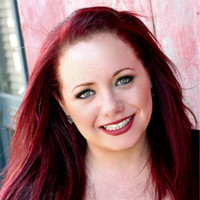 Allyson Jimenez, Manufacturing Engineer and Manager at Swagelok, is an experienced leader in the Energy industry with experience in early technology development, quality, advance manufacturing, business operations and customer applications. She is an expert in inspiring employees and colleagues to deliver for the business, through technical excellence and deliverable-focused execution. Allyson is passionate about leading and mentoring people, supporting them in career growth exploration, while maximizing their strengths and challenging them to develop new ones. 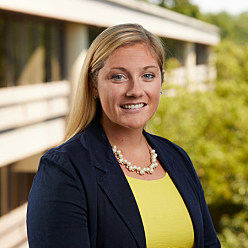 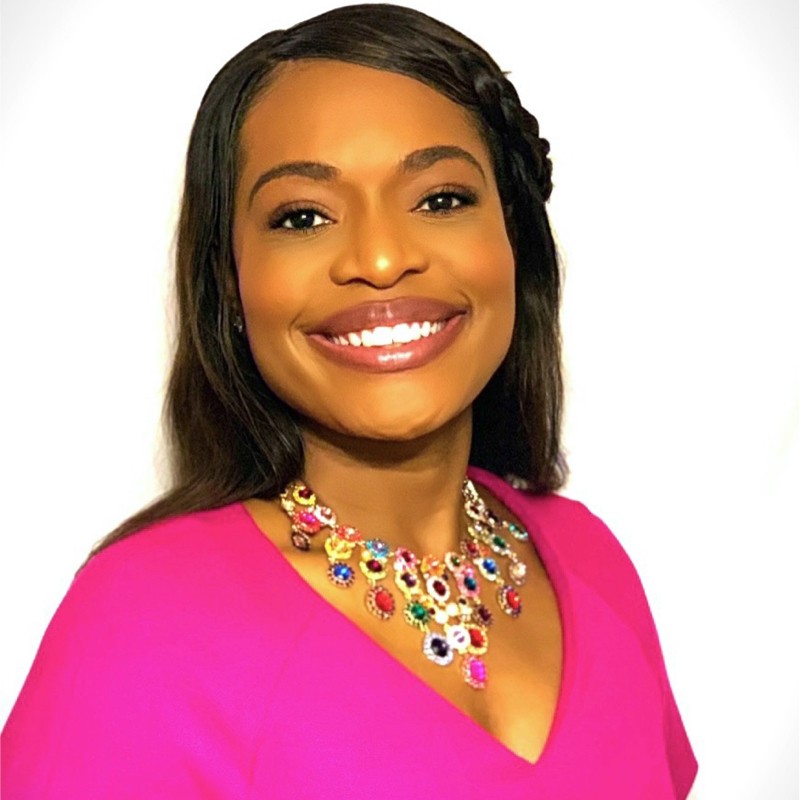 Patrice Russell, MBA has a distinguished career in leadership and is committed to supporting and mentoring women in their journey to make positive change. Patrice serves as the Talent Acquisitions Manager at Akron Children's Hospital. 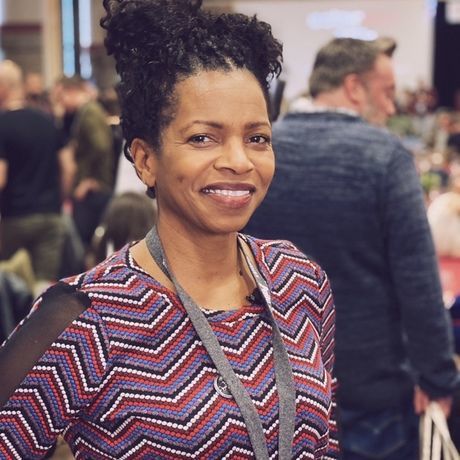 Donna Dabbs is the Executive Director of the Cleveland Urban Film Foundation and Vice President of the Society of Urban Professionals (SOUP). 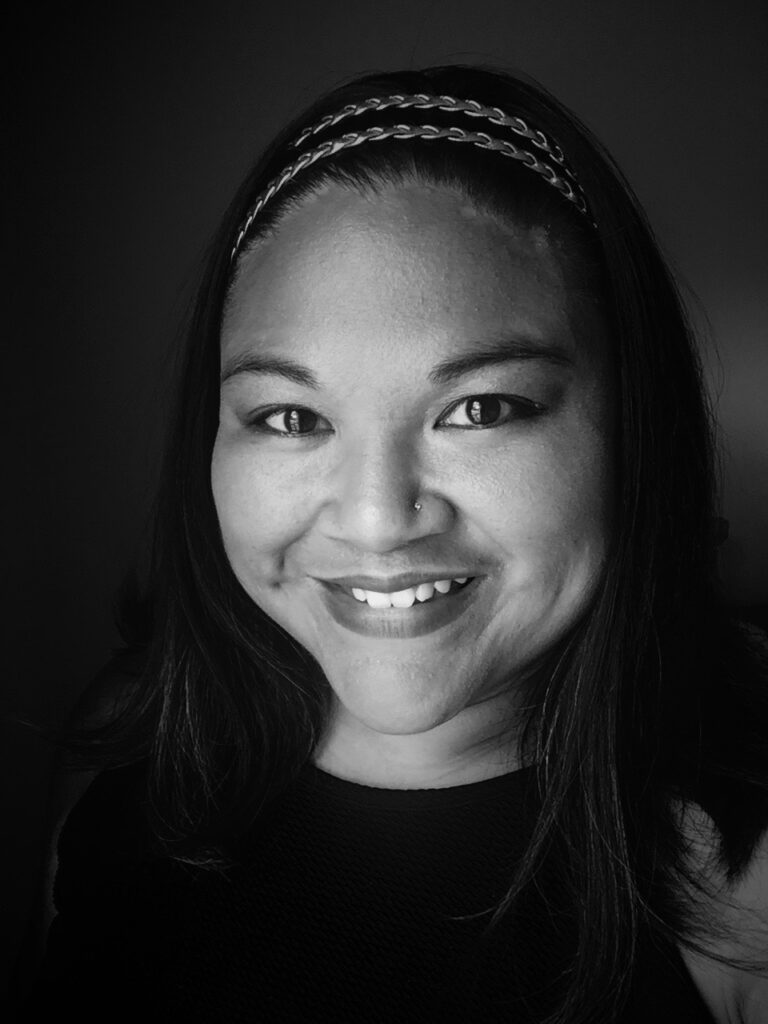 Lisa Factora-Borchers is a Filipinx American writer, activist, and co-publisher of Guernica Magazine. Lisa is the editor of Dear Sister: Letters from Survivors of Sexual Violence (AK Press, 2014), and her work is forthcoming or can be found in Bomb, The Millions, Adroit Journal, The National Catholic Reporter, The Independent (UK), Refinery 29, In The Fray, TruthOut, The Feminist Wire, The International Examiner, Mutha, and Ano Ba magazines. She has contributed to anthologies Burn It Down (Seal Press, 2019), Feminisms in Motion: Voices for Justice, Liberation, and Transformation (AK Press, 2018), Revolutionary Mothering: Love on the Frontlines (PM Press, 2016), Verses Typhoon Yolanda: A Storm of Filipino Poets (Pawa Press, 2014).

Lisa has worked in several publishing and editorial capacities. She is a senior features editor at The Rumpus and a contributing editor at Catapult magazine. Previously, she has served as the editorial director for Bitch Media,  and also as a nonfiction editor with make/shift magazine and Literary Mama. Lisa is the book editor for the Amazon best-selling book Care Work: Dreaming Disability Justice by Leah Lakshmi Piepzna-Samarasinha (Arsenal Press, 2018) and editor of the column “The Pleasure Dome” by adrienne maree brown which later became the New York Times best-selling book Pleasure Activism (AK Press, 2019). She is a 2012 memoir fellow for Voices of Our Nation Arts Foundation (VONA), and was awarded a 2018 Fall residency at the Sundress Academy of the Arts.

Lisa was recognized by Rewire.News as one of the five revolutionary Asian American activists who is leading the fight for reproductive freedom. She is a board member for Zora’s House, an entrepreneurial think tank and haven for women of color, and a political thought leader for OPAWL (Ohio Progressive Asian Women’s Leadership). She cofounded and co-facilitates a healing justice group Feminist Grounding where AAPI women and nonbinary folx reflect upon the intersecting points of identity, trauma, and liberation. Lisa is also a leadership officer in the inaugural Ohio chapter of FAHNS (Filipino American History National Society). Lisa is also the founder of The End Writers Collective, a decolonizing-in-practice community space for BIPOC writers finishing their literary manuscripts.

She is currently working on her next book, a savaged and brown memoir about race, faith, politics, and diasporic feminism in middle America. 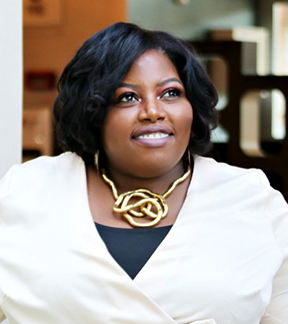 Erica’s clients include many of Northeast Ohio’s largest and most respected corporations, agencies and institutions. As a trusted consultant and coach, she builds capacity in leaders to grow personally, develop professionally, transform organizations and engage communities.

By skillfully creating space to explore challenging and new dialogue, Erica allows for heightened self-awareness and experimentation with new behaviors that lead to powerful breakthroughs. Erica is a valued partner in her client’s growth and success who is equipped with an inclusion mindset and powerful set of expertise.

Erica holds a Bachelor of the Arts Degree in Public Relations from Ursuline College and a Master of the Arts Degree in Psychology with a certification in Diversity Management (NTL) from Cleveland State University. She also holds coaching certifications from the Gestalt Institute of Cleveland and the Center for Credentialing Education. Erica is a graduate of the Cleveland Bridge Builders class of 2008 and was inducted into Kaleidoscope Magazine’s 40/40 Club in 2014. She has been featured in The Plain Dealer’s “At Work” section and Ursuline College’s Alumnae Magazine.

As an engaged community member, Erica serves on the Institute for Creative Leadership’s Advisory Board, Ursuline College’s Graduate and Professional Program Advisory Council, and is an active member of the Junior League of Cleveland. 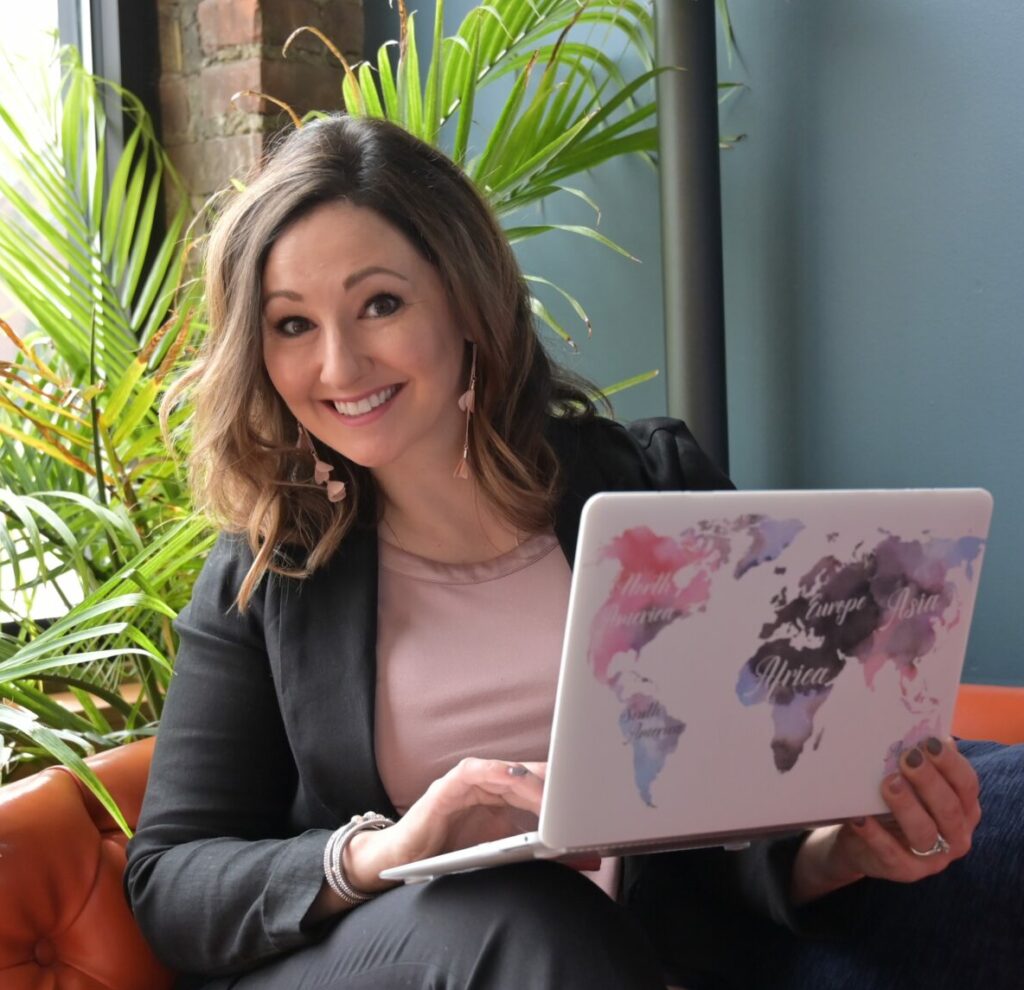 Beth Korinek, RN is a Holistic Life and Wellness Coach with more than two decades of service in nursing at the Cleveland Clinic. Well recognized as a leader, mentor, and relationship builder, Beth is and Ursuline alum living out her alma mater’s mission through her commitment to helping others. She offers guidance on how to move past frustrations, find healing and alignment with the deepest self, and achieve goals in all areas of mind, body and soul. 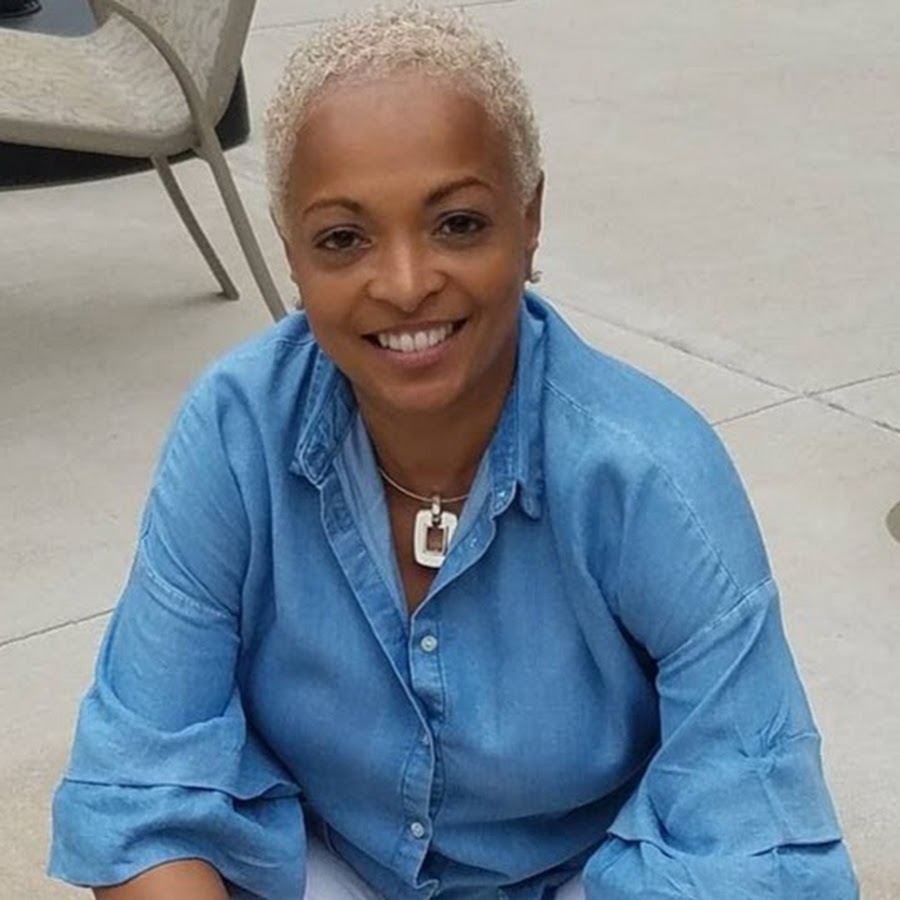 Marilyn Batchelor, an entertainment and media industry veteran, is Senior Vice President of Marketing and Brand Partnerships for Patti LaBelle’s GPE Records and is a voting member of the National Academy of Recording Arts & Sciences – AKA The Grammys. Her brilliance and expertise are behind the marketing plans responsible for the successful launch of the artistry by Gladys Knight, Patti LaBelle, Mary J. Blige, Sherly Crow, and Gwen Stefani just to name a few.  Marilyn’s creativity, leadership, and commitment to relationship building resulted in establishing partnerships between the music industry and the sports industry as you know it today. She’s brokered marketing partnerships with BMW, Coca-Cola, Ford, Nike, McDonalds, and the list goes on. It was also Marilyn's tenacity for building relationships that resulted in the multi-billion dollar venture Beats by Dre.

In addition to all of this, Marilyn is an ordained Methodist pastor and lives a life of service as chaplain at St. John’s Medical Center, mentor to LA’s inner city youth, and serves on the Board of GoHaiti!, a non-profit orphanage she visits every Christmas. 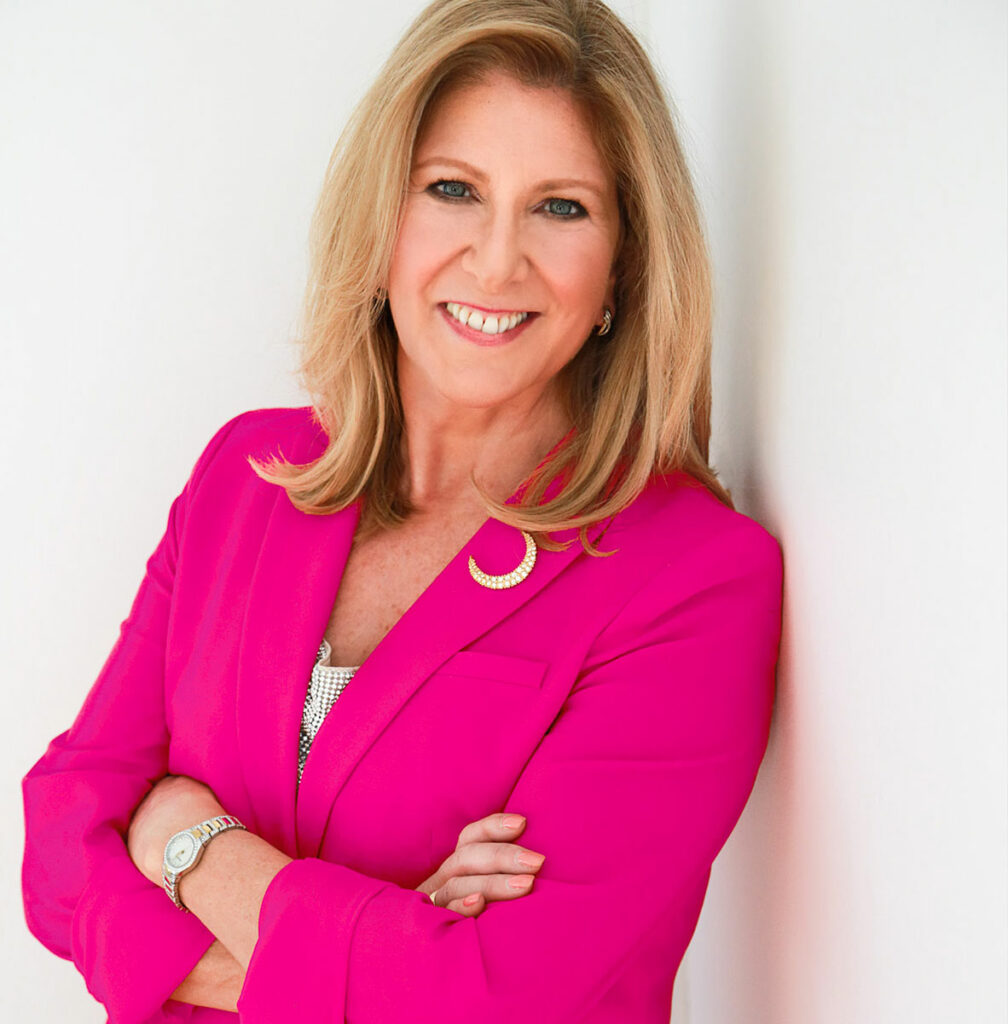 Genevieve Piturro was a successful television marketing executive in New York City for twenty years when a little girl’s question changed the course of her life forever – and she jumped off the corporate ladder. She began delivering pajamas and books to children in shelters and in 2001 founded Pajama Program, a non-profit which has been recognized nationwide for both its success and Genevieve’s story.

A Yonkers, N.Y. native to immigrant parents, Genevieve received a Bachelor’s of Art Degree from Fordham University. Today she resides with her husband, Demo DiMartile in Irvington, NY.

Genevieve has been interviewed most recently on Hallmark's Home & Family, on OPRAH, TODAY, GMA, The Early Show, CNN, Fox & Friends, O Magazine, Forbes, and The Wall Street Journal and she rang the Nasdaq Stock Market Opening Bell in 2016.  She has been the recipient of many local and national awards.

An international speaker, personal strategic coach and author, Genevieve has made it her mission to inspire men and women across the globe to listen to their heart-voice connection in pursuing their passions to achieve success. Besides the amazing credentials and accolades, Genevieve remains a very remarkable and engaging speaker.